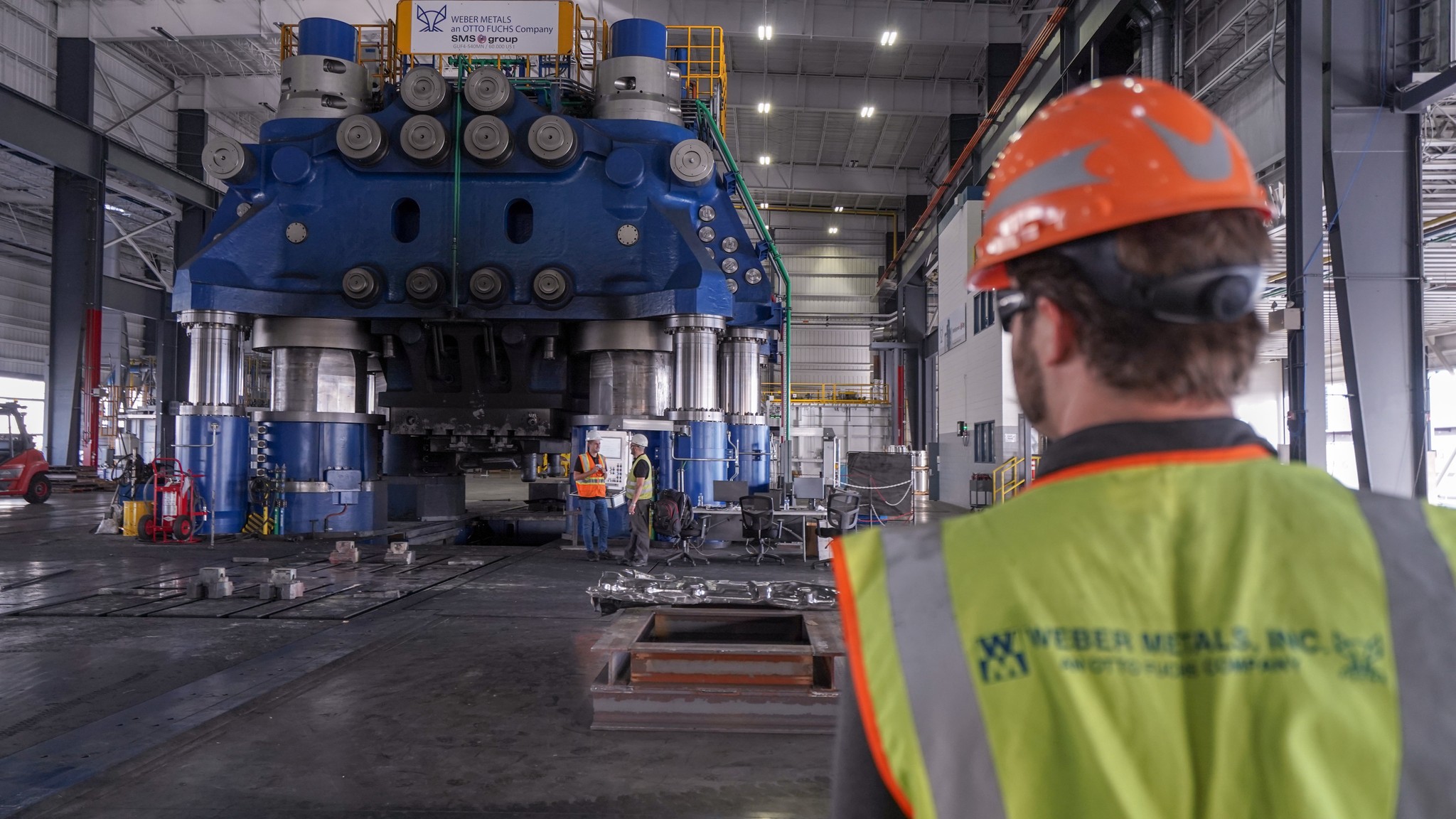 In 2012 both Otto Fuchs and Weber Metals looked at the opportunity to follow the growth in the aerospace industry and made our biggest investment yet: the 60,000K.

The new die forging press opens up completely new perspectives to designers and manufacturers in the aerospace industry for larger, weight- and structure-optimized components that offer increased safety at reduced weight.

Expanding during the 1990s as a major supplier in aerospace aluminum and titanium forgings, the facility grew to over 280,00 sq. ft., spanning across over 20 acres of property. Strong alliances with key customers and our expanded capabilities, including entry into titanium, helped us grow our market share. 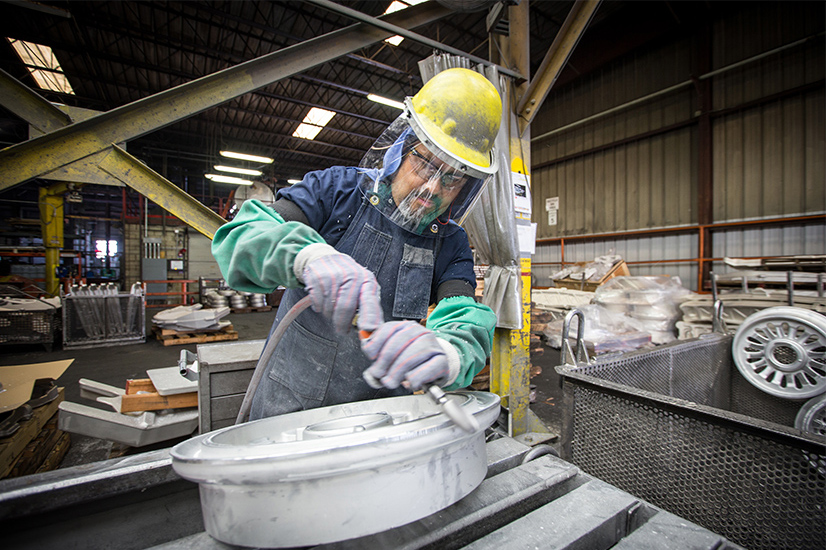 When Germany-based OTTO FUCHS Metallwerke bought the company, they had serious growth strategies in mind.

Between 1980 and 1990 Weber grew the plant’s capabilities by installing larger closed-die hydraulic forging presses, including our largest, the 33,000-ton “Mesta” closed die press, which forges large aluminum and titanium parts.

When Mr. Weber died in 1974 he left the company to his wife, June. At the time that June put the company up for sale in 1979, Weber employed sixty people, occupied eight buildings totaling 122,000 sq. ft., and was located on eleven acres of land.

The three open die presses originally used at that time are still in service today.

Weber Metals, Inc. has over 70 years of experience and growth. Our company began as a scrap metal business in the mid 1940s. In the early years, Mr. Edmund L. Weber saw an opportunity to expand beyond his scrap business by using his equipment to offer forging services to the growing West Coast aerospace industry.

Douglas Aircraft and Boeing were his major customers back then, providing the base that has flourished into an operation serving top aerospace companies around the globe. 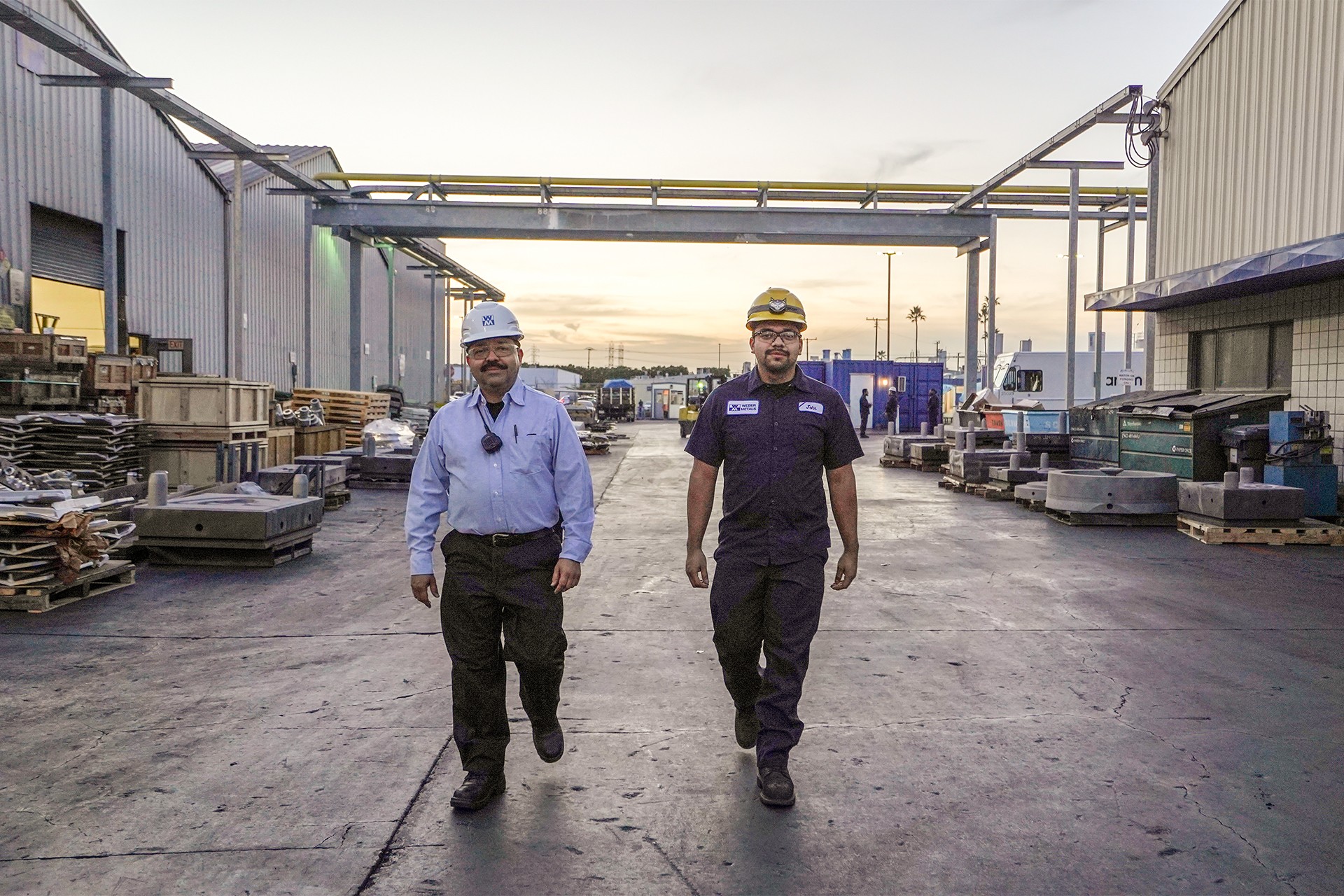 Utilizing decades of forging experience to provide our customers with the highest quality forgings on the market today.